My son initially was not speaking at age 4 and required speech therapy; he was later diagnosed with ADHD, Visual and Auditory Processing and Executive Functioning Disorders. In all, my son turns out to be a very intelligent young man who just does not learn like everyone else.  Initially I thought I was handling his IEP’s sufficiently but as he got older and required more assistance I found the District was not only fighting me every step of the way but my son was also being bullied sometimes by teachers who were completely out of compliance with the IEP, other students and staff were not doing everything in their power to protect him, and my son was not being taught. He would come home and tell he “was the dumbest kid in class”, “he was stupid”, “he has the lowest scores on his test all of the time”. My son’s self-esteem was under attack and he hated school, the people who taught him, and he felt he was a failure. This was a kid with a 125 IQ (an average IQ is 100). His school, the district was failing him!

​     A friend of mine referred me to an organization called the Roman Fund.

doing well. They write these minimal goals then ask you, “Does that sound ok to you?” We trusted the group of educators that said “we care about your son and we are doing everything we can to help him”. It’s so unfortunate that we hadn’t join The Roman Fund many years ago. We wish we would’ve have, as our son would’ve been so much better off.

The Roman Fund is making it possible to have access to resources we could never afford. We have the deepest amount of gratitude toward the founders of The Roman’s Fund, Roland and Jenny Martinez for making it possible for our son to receive the much needed help that will affect him for the rest of his life! He is going to be receiving the help we never could have had for him, on our own. We are forever in your debt and are so grateful for the new knowledge of the IEP and their “secrets” that has been bestowed to us!
Thank you Roland and Jenny Martinez, and all the patrons & donors and those making it possible for the Roman Fund to help families like us! Words can’t describe the gratitude we have towards your Institution!
My son will be receiving all the help that will affect his ability to learn for the rest of his life. From the bottom of our hearts we thank you and the tireless efforts of your Childs Rights Advocate.

I spoke with both Jenny and Roland Martinez, the founders of this amazing organization. They gave me a referral to an advocate who has been able to help me fight the District and they provided some financial assistance as well. This school years alone I have had four IEP meetings, one hearing with the State of California, and we may still have an additional IEP meeting yet. Without my advocate and the Roman Fund I would not be able to do this! It is heartening to know someone else is helping to mediate our situation and hopefully work with the School District which will lead to helping many children. As parents we must fight to be their educational advocate and get them the services they need which is their legal right to have. We will not give up on our child’s future.
Thank You Jenny and Roland Martinez for your tireless effort and those individuals and organizations that support the Roman Fund. I have hopes for a brighter future for my son!
- Catherine L., Upland CA

In our own personal experience, with every IEP meeting, we have always been told how it’s our son’s own fault that he can’t learn the material. They have always put the blame on him. They had even given us suggestions as to how we can help him, ourselves, after we get home from work. After speaking with someone at The Roman Fund, we have come to understand that there are other services to help our son, which they fail to inform you about!
At our first IEP meeting at our son’s High School, they gave us numbers that were supposed to represent how well our son is doing in math. I had asked “At what grade level?”, in which they answered and said “Fourth grade math!”. That would make him five years behind other students in his same grade level! Their suggestion??.... peer tutoring, after school, in the library, with just another high school student to help your son...no other services!
After having help from the Roman Fund’s Advocate, we found out that our son was misdiagnosed in kindergarten and was strung along through every grade level, up to now. Christopher Russel is as sharp as a needle when it comes to understanding the law, as it pertains to what the IEP is supposed to do, and to what services our children should be receiving. It is disgusting and appalling how they keep us parents in the dark at IEP meetings! We had never known what help our son could have to further his education. They tell you a slew of things that you don’t understand and set the goals so slow at IEP meetings, that when your child meets them, it makes you think your child is 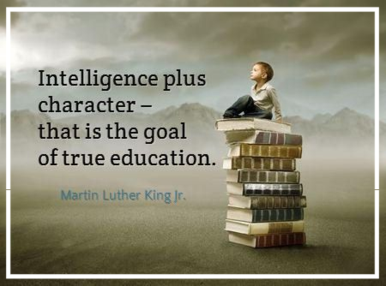 I didn’t know what my son needed; I just knew he needed help.​

The school provided some initial accommodations, but our son continued to struggle mightily in school. He was failing most his subjects and struggled for hours every night to complete homework assignments. Despite the accommodations the school provided, he was still falling further and further behind. Worst of all, he was beginning to think that it was no use even trying anymore. We were completely unaware that there were many additional programs and assistance that the schools were required by law to provide our child, if requested.
The Roman Fund stepped in and provided us with a child advocate.The Advocate not only informed us of the programs and assistance that was available to our son, but he assisted us in setting up and attending meetings with the school regarding our son's needs. We were amazed to find that there were many accommodations and help that our son was entitled to receive, but that the school never offered until our Advocate asked specifically for them. Through the help of The Roman Fund and the Advocate, our son was eventually set up with an Individual Education Program (IEP) that was tailor made to address his unique educational needs. He is now in high school and has a 3.3 GPA and more importantly, he now, no longer views school as a hopeless endeavor. I cannot imagine where we would be if not for the assistance of The Roman Fund.

Thank you very much for approving my son Ryan to be a recipient of your very special foundation.

We want to thank the Roman Fund for their involvement in our lives. Our son has been in the IEP program

Local families weigh in on their satisfaction affirming the performance, quality, and/or value of the advocates and services provided by The Roman Fund.

Half way through kindergarten we received a medical diagnosis that would forever change his life and ours; although, even a diagnosis couldn’t change his teachers mind that he was a “bad kid.”
We are so thankful for the generosity of the Roman Foundation to have come to our sons rescue. The school had started removing services from our son which we felt we couldn’t keep because it was “within the schools right”.

since he was in Kindergarten. He is currently in his first year of High School.​

The Roman Foundation put me in contact with an amazing advocate, Chris Russell who not only fought for our son, but inspired us to keep fighting. Since becoming a recipient from the Roman Fund, a burden has been lifted as Chris started fighting for our son from day one.  He has brought forth legalities which we knew nothing about, and stopped the school from pulling his services on more than one occasion. I trust Chris and feel comforted in all the help he has given us thus far. Having an advocate to guide us through this process has been a huge stress relief. I no longer wonder what all of the abbreviations mean, or what comes next. I finally feel like I get honest and straight forward answers. There is an enormous amount of responsibility that comes with having a special needs child, and to know that there is help out there has been a huge relief to our family.  Our son now has a 1:1 in school aid, occupational therapy, speech therapy, and a routine which helps him on a daily basis. Without the help from the Roman fund, we would not have been able to achieve the help we now have, and would have given in to the schools want to remove his services because we thought we had to and didn’t have the funds to fight otherwise.  The Roman Fund has provided us with the tools needed to fight for our child and keep the services he needs in place.  Without these tools, we would have surrendered to the schools strong armed recommendations to end his services which would have left us back at square one, with our child falling behind. We cannot thank those enough at the Roman Fund for all their support through all our Childs needs.

I truly admire the work you, your husband, and all your family put into helping children with special needs. I truly appreciate your assistance and I know with the help of the Roman foundation my son's future will be a much better one. It will provide my son Ryan, with the opportunity to make a tremendous improvement in his education. We just had our requested IEP today and it made a world of difference having Christopher as Ryan's advocate.  I am sure that if we would have gone alone as we had done in the past, we would of left empty handed and devastated for not having the knowledge to be a good advocate for our son. I will keep you posted on everything that goes on with his education and goals set for him.  As I mentioned before thank you for the incredible help you have provided.

Our son had been diagnosed with ADD.

I have been in a battle with my son’s School District for almost 10 years now.
​

For anyone who has ever had to deal with the IEP process, I’m sure you know how stressful and overwhelming it can be. There are so many abbreviations, and verbiage that I was not familiar with which made me feel like everything was a big secret. I didn’t know how to navigate or what to ask for.  I didn’t know what my son needed; I just knew he needed help. I bought books, I googled, I asked friends and co-workers, I took any advice I could get. I wanted to work with the district and be part of the team that was supporting my son’s education, but instead, it was a fight.
His kindergarten teacher referred to him as “the bad kid.” She pushed to have him expelled from kindergarten because of his behavior.  Kindergarten was a rough year for my son. He hated school and hated his teacher. He hated that he didn’t have friends and that none of his classmates wanted to be friends with the “bad kid” because of the label his teacher had given him.